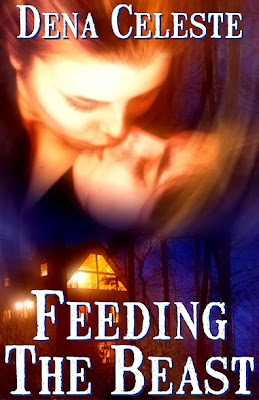 I am very excited to announce that on December 15, 2013, my lesbian werewolf ménage Feeding the Beast will be released from Amber Quill Press!

What is Feeding the Beast about, you might ask? Well, here's the blurb!

Naomi has always been one of the most submissive members of her pack. It is for that reason that she has received the honor of becoming the Stigma, a rank higher than any she could have expected, but one that requires a certain spirit in the one who serves. Marked by Eric, the Master of her pack, Naomi will serve through sex, blood, and the utter willingness to submit.

Jewel is the Mistress of the pack. Mated to Eric, she is now bound for months without being able to shift forms. Her inner-wolf must be given an outlet in order to maintain harmony in the pack. The Stigma feeds her beast, her soul, and tames what is otherwise untamable. Jewel must come together with Naomi in a partnership that requires no boundaries for her trapped wolf.